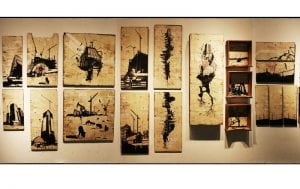 A native of Kinderhook, NY, Patrick Haemmerlein is a freelance designer and artist living in Los Angeles. After receiving his BFA from the Savannah College of Art and Design in 2000, Patrick took the long road trips cross country and settled down in LA. Here he began to obsessively photograph the city and it’s components. This gradually moved into a new art form as he started to combine and create with the images he was collecting. Reflecting on the issues of the day, Patrick explores themes of nature Vs. industry and how they can coexist or clash. the buildings and cityscapes are from Los Angeles while the animal and farm photos were mostly taken around his hometown area in upstate New York. They are not only a juxtaposition of nature and industry, but a combination of imagery from his two homes- one rural and one urban. 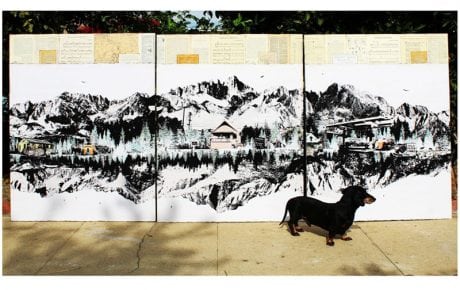 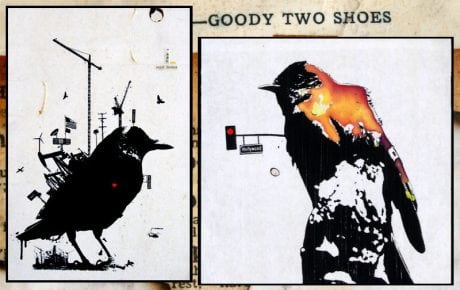